There has long been a debate around the Tikka T3 recoil lug, but is it a real problem?

The Tikka T3’s have had an aluminum recoil lug for the entire production time, and many did find it to be the broken link when groupings started going haywire. But many says there is no problems with their gun?

Sako has for the Tikka X versions (T3x and T1x) made the recoil lug in stainless steel, seemingly fixing this problem that has had an negative remark on an otherwise beloved shooting platform, in that also acknowledging the flaw on the original T3.

Why fix what is not broken does come to mind, and yes, if your gun is functioning perfect, and groupings are tight, we wont say you have to change your recoil lug. But will it break? And if so when?

We prefer to try and remove our weakest link when we build, the recoil lug might last, but we don’t want it to cause an bullet not hitting its target in an important match, or even worse, injuring a game instead of killing it.

So if you ask us, yes, there is a real problem, but you can wait and mend it until it causes your shooting to stray off, but we do recommend that you change it directly and take that weak link out of the equation.

There are several places to purchase proper a replacement lug for your rifle, here are three non-sponsored alternatives:

Picture of the day 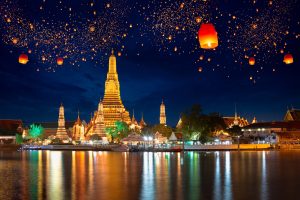